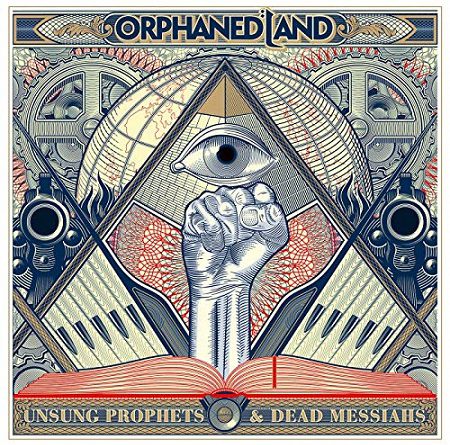 Orphaned Land is a metal band from Israel that mixes the elements of metal (Death and Doom Metal) with oriental folk sounds. The band was founded in 1991; in total they recorded 6 studio albums. Since 2012, Chen Balbus has been a guitarist for the group, we from Hardline Magazine (in persona Jasmin Hammon) recently had the opportunity to talk to him a little more intensively about the group and other topics …

Hardline: Hello Chen, thank you for taking your time for our readers. What/when was your first contact with rock music and metal and how did you become a guitarist in Orphaned Land?

Chen: When I was 10-11 I visited a friend of mine whose older brother was into rock and metal. I always heard him play the guitar, until one time he wasn’t home and we sneaked into his room to try out the guitar for the first time. I saw the room full of posters but I was caught up on a poster of Slash and I thought that this guy just looks cool and I want to be like him. I picked up the guitar, broke 2 strings and ran away before his brother found out. Since then I have gotten my own guitar, practiced quite a lot and mostly practiced songs from Orphaned Land. At the time, Kobi and my older brother formed Resurrection (nowadays OL), so there was always some connection to the band, until one day I decided to flood OL with cover videos (I was very persistent) and they finally offered me the job.

Hardline: What is your musical background anyway? Where and how did you learn your instruments, the guitar and the saz?

Chen: My parents sent me off to learn how to play the piano as a kid, I don’t remember much of it, but I still have the basic touch. I always saw the guitar as my primary instrument. I mostly taught myself how to play and teachers helped figure out the theoretical part of it. When I started evolving as a musician in OL, I obviously became fonder of the oriental instruments that are a part of our music and the saz in particular. I taught myself from just watching how people play the instruments and trying to copycat.

Hardline: The music of Orphaned Land is special, because you guys combine different musical cultures and traditions in an innovative way, creating a very unique and new sound. What are exactly the influences and what do you as a guitar and saz player bring into the band’s sound? How much are you implicated in the songwriting?

Chen: We all come from different backgrounds and we like many different things, but most of us have the same traditional stuff we listen to. The oriental music is part of our culture and those sounds of the oud, saz, bouzouki and such are sounds we were always familiar with. Obviously we’re into rock and metal, so it felt like the right thing to combine those traditional instruments with metal, as well as with the particular beats and scales, it all adds up and creates something beautiful and unique.

Hardline: The lyrics on the 2018 “Unsung Prophets & Dead Messiahs” album are in English, Arab, Hebrew, Ancient Greek – what role do languages play in your band and music?

Chen: Languages are music, in their own special way. There are particular sounds you can produce in a certain language, or perhaps supposed to fit the atmosphere of the song, with a Jewish prayer, Arabic prayer, a Latin chant and such. The main idea is that it should sound right and serve the music and the lyrical idea.

Hardline: Listening to your music, I realized that one musical innovation is that you guys effortlessly combine typical metal blast beats with oriental rhythms. So, how do you, as a guitar player, bridge the gap between these different rhythms?

Chen: I have to admit… it doesn’t take much for us to make it happen. As we’re listening to our traditional music – it already sounds metal in our heads! Most of our songs start up as acoustic songs and turn out to be metal all the way, just to remind ourselves that we’re a metal band after all.

Hardline: Also, Orphaned Land breaks with typical song structures in metal to which we are used to in Europe. So, is it intended that you break with expectations and musical clichés?

Chen: We follow a simple rule when it comes to music. Obviously we’re all musically educated and well-aware of the classic musical patterns, but we follow something that just feels right – if something sounds right to us, we will do it.

Hardline: Tell me more about the metal scene in Israel please! Is it as important as in Europe? Who are the people in the metal scene? Where do you see metal in the Middle East in ten years from now?

Chen: Back in the 90’s there was not much of it and you could pretty much count by hand the people who were part of the metal scene. Nowadays it’s quite a thriving scene! There are lots of concerts of local bands happening and abroad, as well, many famous bands love coming here. Our crowd is very giving and welcoming, which makes bands want more of that.

Hardline: ‚Oriental metal‘ and bands from the Middle East and the Arab world become more and more popular (again) in Europe. Are there any other bands you can recommend who aren’t well-known yet?

Hardline: What do you think about this European interest in the ‚exotic‘ of the Orient? And is there, on the other side, a comparable interest for the ‚West‘ or even the ‚North‘ in Israel? There are, after all, some little references to the Scandinavian and the Central European metal scene in the “Like Orpheus” video.

Chen: There’s always a bit of influence from anywhere you can draw it from, in our music, Amorphis, Nightwish and such. When you evolve as a musician you get to know so many genres and cultures in music that there’s a right time for every kind of music and it’s not just about ‚we’re a death metal band‘. Sometimes you just want to do make the music that feels right for you to make!

Hardline: Some European metal bands refer to real events and political situations and conflicts in the Middle East and Arab world. What are your thoughts about this interest of European musicians (and listeners!) and the way they treat the subjects?

Chen: I believe it’s a good idea either way to bring awareness to the situation in the Middle-East. It’s happening and it’s real, and it’s definitely much more important than Kim Kardashian’s ass (sorry for the language). Music is a tool to share an idea, to awaken people, enlighten them. It’s better to use that tool for good causes. We truly believe that our main focus on the idea and subject is doing a lot more than any politician could’ve done. We’re bringing together people in our shows, proving that it’s all possible and there’s no need for fancy meetings and endless talks about how to make peace, where it’s just that simple. You just have that idea in mind that you can accept one another, you don’t have to like each other, but you can live together on the same planet regardless of race, gender, likes/dislikes, belief and culture. It’s THAT easy. We beeped our own lines to show that there is no real freedom of speech and every time someone has this revolutionary idea to bring peace – they will be censored, blinded by other irrelevant subjects. In Israel we do not have a problem with sharing our opinions and ideas, and we get a lot of support for what we do luckily. I can’t say that for all the countries in the Middle East. 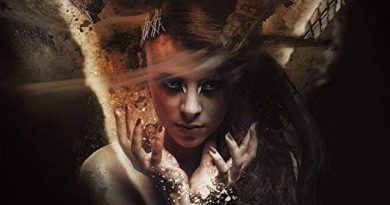