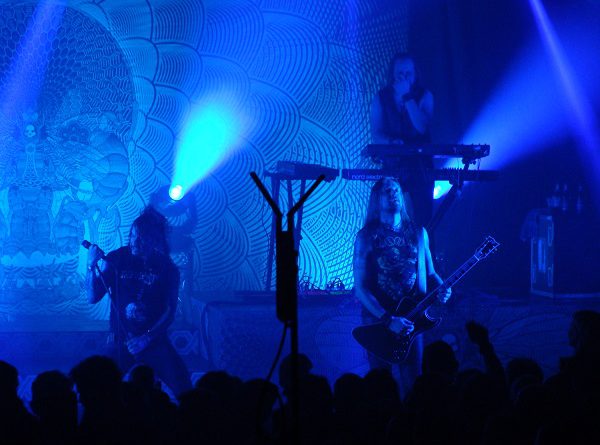 Amorphis is a Finnish metal band from Helsinki founded in 1990. Overall, the Finns have so far released 13 studio album, the last one in 2018 („Queen Of Time“), with which they place themselves high in the album charts in several countries of the world (for example, Finland # 1 / Germany # 4 or Suisse # 3). A few weeks ago we met founder member Esa Holopainen to talk with him about Amorphis and many other topics …

Hardline: Hi Esa, hope you’re doing well, thanks a lot for taking your time for our readers! Amorphis has a long story …

Esa: Hi Jasmin, thank you for taking YOUR time! Yes, it’s a long history. It started 1990, so with this year it’s almost thirty years. So there’s a lot that has happened and that is still happening and everything in between. Everybody who knows Amorphis knows that we take all influences of different music styles. Not just metal music.

Hardline: There had been many changes in the music from the first albums to the latest, “Queen of Time”. Also, congratulations to the huge success!

Esa: Thank you, thank you!

Esa: Yes, it was something we thought that if we would need female vocals on the album we would ask if Anneke is available, because she is a good friend.  We’ve been working with her before and she’s a brilliant star, so it was great to have her.

Hardline: Sure, and, for the next album which female vocalist would you like to work with?

Esa: Yes, that’s probably too early to say or to tell, but I’ll think about it. You know, for this album, we will tour until 2020. The rough plan is probably to write new stuff in 2020. But I’m pretty sure we will have female vocals on the album.

Hardline: Is there a female vocalist who would inspire you to write a song?

Esa: Floor is great. She is absolutely stunning.

Hardline: So, coming back to your older songs. On “Under the Red Cloud”, the album, there are two songs where oriental elements are very present, like “Death of a King”, or “Enemy at the Gates”. When you write these songs, where does this idea come from?

Esa: The ideas started I guess while we were writing the “Elegy” album. At the time we really got into prog bands, like seventies bands, and I felt that even the prog bands combined some folk elements and some oriental elements as well. I guess the biggest influence at the time was a Finnish band called Kingston Wall which unfortunately doesn’t exist anymore, but they did three albums and they were very much inspired by oriental vibes. You know, we just sort of thought, let’s try what comes out if we mix this with our metal music. It seems to work well. I think the first really oriental-influenced song was a song called “Better Unborn”, on the “Elegy” album. So it’s like the element that has always been there and especially “Death of a King” and “Enemy at the Gates”; they are really powerful songs. One great influence was therefore Kingston Wall, besides that we really enjoy listening to oriental music, or music from Japan, Kitaro. It’s very relaxing when I’m in the tour bus, I listen to a lot of Kitaro’s music. I don’t know, it’s – when you sort of progress with your band and demo, you want to find elements of other scenes as well, not just in Western pop culture, because it’s just too simple, too obvious.

Hardline: For you as a guitar player it might be quite interesting to play with other keys.

Esa: Absolutely! On every album that we do, we challenge ourselves as well. That’s one of the reasons we like to work with Jens Bogren, our producer, because he is a really ambitious producer and he loves all the oriental songs, we call them Kebab songs.

Hardline: It’s interesting what you mentioned, because you’ve been working with Jens for two albums now, how did you work? Did you say, we want to keep these oriental elements in there, or did it come naturally?

Esa: No, we would usually send rough demo tracks to him and then he picks the songs what we should keep for the actual album. He always picks up the songs that are very much orientally influenced because he really loves that stuff. It worked perfectly now that we had real violin players.

Hardline: Yes, the strings play oriental melodies. So, one of the songs is“Death of a King”, which has this contrast between winterly, northern scenery in the lyrics and the contrast of oriental music which evokes ideas of the desert and heat. Is it a Finnish … hope, to get some heat?!

Esa: I think it’s very universal and it’s really funny, yesterday we played in Barcelona which is in Catalonia and they want to be independent. Everybody knows that. They don’t want to be called Spanish. They actually were really into it when we sing “Death of a king”. I don’t know if they were really into the meaning of killing the king of Spain, but you could see it in their faces, ‚Death of a king‘!

Hardline: To come back to the instrumentations of your songs: Clearly you cannot bring all the strings and orchestra on stage, but you rearranged the middle part of “The Golden Elk”, so you are doing the guitar solo instead of the strings. Does it have a different melody?

Esa: Yes, I use a little bit of a different kind of sound, because on this song there is this Turkish guy playing the live strings. The oud, and that was Jens‘ idea. When I first heard it, I was like, oh my God, it sounds like somebody’s playing on an untuned nylon string guitar. But it really – while I was listening to it, I loved it, it’s a great part of it. But that’s the part we have to improvise on the stage, because I can’t play this instrument. I could, but it would be ridiculous! So yes, it’s a guitar solo.

Hardline: You improvise it?

Esa: Yes! Not every time, but I have certain lines, patterns that I do there.

Hardline: Let’s talk about another song, “Heart of the Giant”, which is also a little bit like “Enemy at the Gates”, little bit more harsher, rougher, from the sound and Tomi is singing about the world eternally spinning, the guitar also has this spinning sound ?

Esa: It’s the song that Jens had a lot of ambition for and he really succeeded in arranging it, to make it really sound like cinematic and big so there’s a lot of orchestration in that song, because it’s very bombastic and big itself. So, guitar wise I think it’s pretty straightforward except for the lead which we did with a more like Sitar kind of sounding. It’s actually played with an electric Sitar, on the stage not. Because – again – it would be too difficult to swap guitar and electric Sitar within seconds.

Hardline: Okay, the last song I am interested in is “Message in the Amber”, which of course has oriental riffs in the background and the growls from Tomi.

Esa: When Jens and Tomi are doing vocals in the studio it’s always a hard thing. They do separately clean vocals and they do another session for growl vocals and yeah, but, it’s up to them how they work there. I think I was at the sessions when Tomi did the growling vocals, or was it the previous album, I don’t remember, but I remember that it’s really intense working with Jens and Tomi. That song is really sort of Finnish inspired musically as well. It’s the melody line from an old Finnish cooking show of the seventies.

Hardline: It’s really interesting to see that many bands from the North use a lot of oriental elements in their music and you see more and more bands becoming more popular, coming from the Middle East and the Arab world, like Orphaned Land, or Myrath.

Hardline: They, on their side, refer to metal scenes from Central, Western, Northern Europe. So, do you think there is kind of exoticism for everything that is Nordic even Finnish, in the South?

Esa: Absolutely! I think that’s the great thing about the folk music in general that it really tells about the heritage of the people. When you compare it to like Scandinavian folk music to Spanish or … Germans have Schlagers, whatever weird stuff, I don’t know. And Middle Eastern music … it’s different. I think it’s the great thing about music that it’s universal and then you start to listen to other forms of music and you understand more about the cultures as well. I think that’s how it’s always been. It’s funny because we know very well the Orphaned Land guys. We toured with them. It’s really fun because I know that they are big fans of the music that’s happening in Europe and we’re like fans of their music. Because it’s very different, when we use Middle Eastern music just as a flavor within some scales, but their music is almost like total oriental metal. It’s very fascinating. 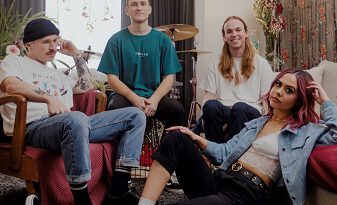 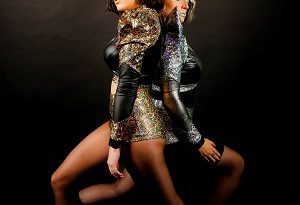