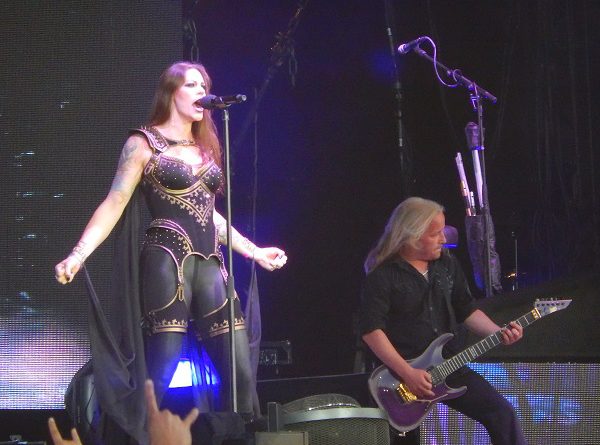 Hardline: Floor – thank you for taking your time! From your very old songs,“Follow in the Cry” from the album “Prison of Desire” (2000) does have a very clear oriental vibe, the vocals evoke Arab quarter tone singing and there are oriental rhythms. Do you recall writing the song with Mark, what were your ideas?

Floor: Hi Jasmin, good to see you. No, God, it’s 18 years ago, but I, I mean, we were just, especially for the first and second album we were getting by a lot of different things and I was making the vocal melodies. Of what we wrote, the main things came from Mark, many things came from Sanders. We sat together and we rehearsed the songs, but how that melody or my particular vocal melody came to be, I have no recollection of that. That was something that had to fit and I don’t think I would use many quarter tones, because it would sound very weird if nothing else in the music is doing that. Maybe for getting from one to another part in the songs, there are some elements of that, because the sound of oriental music was cool and it was something that we wanted to integrate. Mark treated in his lyrics some more subjects about the Orient.

Hardline: You have so many songs in After Forever and also in ReVamp, especially on the debut album, you have some oriental vibes going on in some songs. It seems to be something you like to do?

Floor: Yes! If it gives a certain atmosphere that I like, it’s for the fun of it and it has nothing to do with the Middle East per se. It’s a sound that I like.

Hardline: It fits your voice too.

Floor: Yes, I guess so. It’s not a particular choice for something that fits my voice, but it brings a variety in and like I said I like the atmosphere a bit and as far as East it’s pretty much where my world ends as a woman.

Hardline: Especially in the song“Follow in the Cry” I guess it’s meant to be kind of ironic that you sing ‚I shall make my life subordinate to you‘. That you want to submit yourself, you’re not that kind of woman?

Floor: No and let’s not forget that I didn’t write those lyrics, but also that’s also 18 years ago. For me it was fine, I supported the ideas that Mark had, but nowadays I really wouldn’t choose to write something like that or make a statement about things. You don’t get a good idea of it through the media, because they give a very one-sided view of things. I remember when we had a show in Lebanon, I checked with the management if I needed to adjust my outfit. I mean, I knew nothing about Lebanon. All I was seeing was women in burkas and that’s fine. But there we were, in a country, super free, where all kinds of religions lived right next to each other. So I like the melodies in the music and I loved being in Lebanon and getting acquainted with their traditions and their food and everything. Nice! Now I have something positive on that side of the world.

Hardline: In another song on the ReVamp album, “Fast Forward”, there are oriental elements in the intro and when it gets from the second refrain, then to the guitar solo, there’s also this oriental rhythm going through.

Floor: It seems to fit with metal, not the whole way. Of course we altered the feeling of it, but the scale, part of the scales definitely. I think that it’s not completely unfamiliar for musicians I guess, if you’ve learned these kinds of scales and different kinds of rhythms. For musical reasons, if it fits in the music.

Hardline: On this tour, you sing “The Carpenter”together with Troy. How does it feel for you to perform this song?

Floor: Well, to be honest, it’s not my favorite lyric wise. Far from that, because I am an atheist, but I like the fact that we are going back in time that much. Then the mid part is one of my favorite parts actually, it’s all heavy and slow and that is super nice. It’s nice to perform it with Troy. Of all the old Nightwish songs that was the one that has the most reactions – and I’ve seen a lot of people not really being familiar with that song and there are people, ‚I can’t believe they are playing it‘!

Hardline: Yes, that was my reaction! This kind of song was groundbreaking at the time for metal, symphonic metal, to make this music popular in the future.

Floor: Yes, I understand that part, of course, I know the reaction, but we’re coming from such a different angle nowadays. Yet, it’s nice storytelling and I’m happy that we’re doing it. It is part of the history of the band and yes back then it’s been a groundbreaking thing. It’s funny that lyric wise things have evolved to almost an opposite of that. Still, you can’t say now that we are doing it differently we’re not going to play it. That’s being true to yourself.

Hardline: You also performed another song, during the last tour, “Sahara”. Very clear, the oriental style.

Floor: The Arabic, everything there.

Hardline: 1001 Nights … how did you like performing this song?

Floor: Very much! One of my favorites! I always really liked it. The whole rhythm of it and the melodies, the co-energy.

Hardline: You also performed “The Siren”, which has this interesting contrast between the female voice which matches seductive lyrics and when Marco starts to sing it’s heavy and straight forward.

Floor: Yes, it fits with the lyrics.

Hardline: So how did you get into these songs?

Floor: That was one of the songs I guess, that was on the list when I joined the band so I had very little time to learn, but I’ve always really loved that song. There were not that many lyrics in there, so it’s been a little easier to pick up. I love the way how on the record Tarja switches to her chest voice. The only time I ever heard it, when she does this Arabian melody and that vocal style as well, that was cool. 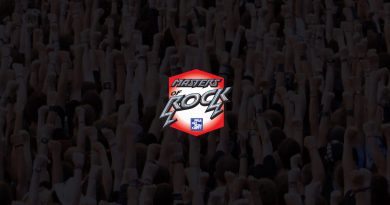 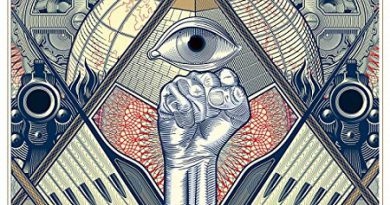 An interview with Chen Balbus (Orphaned Land): Languages are music, in their own special way. The oriental music is part of our (OL) culture! 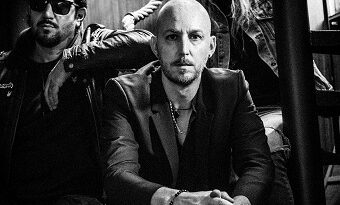